My first blog from the series on Canada….

Most of you would agree that Niagara falls would be a nice place to start this series…it literally sits on the US-Canada border!!!

Having seen it….or rather experienced it twice; I can tell you, its simply amazing!!!

We visited Niagara falls from Toronto . (pictures in this blog are a mix from both the visits and some keen eye among my readers may notice it) .Since the view of the falls from the Canadian side is way better than from the US side, we decided to do it from Canada.

A brief on the falls before we get to the actual travel and attractions:

The Niagara falls is a name used for a group of three waterfalls at the border between US and Canada.The largest…the horseshoe falls is located in Ontario province in Canada while the American falls and Bridal Veil falls are on the American side of the border. These falls are formed on the Niagara river as it empties Lake Erie into Lake Ontario. Niagara falls was formed at the end of the ice age when the Great lakes carved its path through the Niagara escarpment on its way to the Atlantic ocean.

Some Statistics and Comparisons

There are about 500 waterfalls in the world taller than Niagara.

Angel falls in Venezuela with a height of 979 metres is the tallest waterfall in the world.

The Iguazu falls in South America bordering Argentina and Brazil is a conglomerate of 275 waterfalls….becoming the world’s largest waterfall system

In spite of all this, Niagara is so popular. Have you wondered why?

Niagara has a height of only 51 metres. But the volume of water that flows is very high. 2832 tonnes of water flows over the falls per second. It is this peculiarity that makes it so popular

The water at Niagara is green in color due to the enormous amount of minerals being swept over due to its erosive nature.

Where does the water come from?…this will be the next question in everyone’s mind..

From the Great Lakes. The Great Lakes is the largest collection of freshwater in the world…18% of the fresh water.The water flows from streams and rivers that empty into the Great Lakes, from Lake Superior down through Niagara to Lake Ontario and then into the St. Lawrence River and finally Atlantic Ocean

The falls continuously erode. At a rate of 1 to 1.5 metres per year. Rock falls occur regularly at the edge of the falls. Flow control and diversion for hydroelectric power has managed to reduce the natural rate of recession. Climate change is also affecting Niagara. All things considered, scientists speculate that perhaps 2000 years from now, the American falls would dry up. The falls could be reduced to a series of rapids…

Well…that is far far away in time….for now, enjoy the falls as I take you along…

We were in  Brampton,Toronto and were hosted by a close friend who drove us up to Niagara falls city which is  about 130 km. The drive was beautiful and we passed lake Ontario on the way. Had a short coffee break at a Tim Horton’s outlet at Grimsby.

Tim Horton’s is a chain of restaurants you find all over Canada.I must tell you, the coffee at Tim Horton’s is just too good.Highly recommended for future visitors!!

Reached Niagara by noon and checked into Embassy Suites located bang opposite the falls …..it offers lovely view of the falls.

Our hosts at Toronto….with the falls in the background

Rested for sometime and visited the falls in the evening.

As we walked up to the falls, there are a few nice view points along the roadside from where you get a panoramic view of the falls like the one in the picture below.

The Horseshoe falls at Niagara

As you reach closer to the falls…the sound of the water builds up the excitement and when you actually stand by the railings on the footpath and look at it; it’s a life time experience!

The sheer size of the falls and the volume of water that gushes by every moment is awe inspiring!!No amount of description will match the visual treat…so just putting some pictures for you to enjoy….

Some pictures depicting the sheer size and volume of water flowing by…..

A short video of the Horse shoe falls

Wanting to get an ariel view of the falls, we headed to Skylon Tower.

After that we returned to the falls in time for the illumination of the falls. How is this done?

Hundreds of LED lights are housed in three locations across the Niagara gorge. Together these lights create a breathtakingly beautiful view. This takes place daily at dusk.On special occasions they are lit up in specific colors too!

The illuminated falls is a great sight to behold…

Fireworks over the falls

After a spectacular view of the illuminated falls, we returned to our hotel

If you do the same activity from the US side, you use the Maid of the Mist cruise and you are in blue coats!!

After that we walked up to see more of the American side of the falls…much smaller than the Canadian one..

The American Falls. The cruise boat heading to the bottom of the falls is also seen

The buildings you see in this picture are in USA…the falls are located just at the border.

We also saw the Rainbow bridge the bridge across the Niagara river connecting the land borders of Ontario in Canada with New York in USA.

If you zoom and see…you will see the Canadian flag closer to you and the American farther away…There is a full fledged immigration station functioning here for people crossing over..

After that, we walked around Niagara falls city…

Though the falls is the highlight of this place,Niagara falls city has lots more on offer…. it is a full blown entertainment city too.There are plenty of Casinos, theme parks, game centres and various entertainment avenues here…including the Niagara wheel…a giant wheel which also offers great views as one ascends ….

A casino in Niagara falls city

During our walk at Niagara falls city

Besides this there are helicopter rides that take you over the falls. As we sat around the beautifully landscaped park across the falls, we saw this activity taking place too.

We spent our second evening at Niagara again enjoying the illuminated falls and returned to the hotel.

Next week we meet at Toronto….

For those of you who would like to see some awesome views of Victoria Falls…in comparison to Niagara, do visit

Gallery: Victoria Falls – what a treat 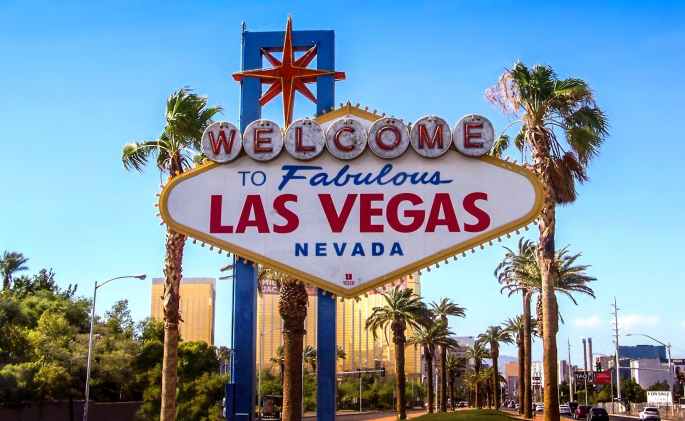 Hello friends…welcome to Las Vegas…the Sin city …….known for its gambling, night life, dance bars, casinos,fun and frolic. For the next few weeks we are going to be at this fun place…seeing things which are quite unfamiliar to us….so come along with me…

We flew in to Las Vegas from San Francisco….as usual on Southwest airlines . Las Vegas is located in a desert in Nevada in USA. As one approaches Vegas by flight, the landscape changes to sand dunes and dry desert areas.

The Las Vegas Strip….as we landed at the airport...

The Las Vegas airport is itself a mini casino with slot machines and bright flashing lights and gizmos. As one enters the terminal , one gets a feel of what lies on the other side of the terminal. I noticed a general difference in behaviour of the people from here itself. Everyone seemed to be on a HIGH… literally!!!

Taking an airport shuttle, we reached Luxor Hotel and Casino where we had our room bookings.

The Hotel is built in Egyptian theme ; the main building is in the shape of a pyramid and the entire decor inside including the wardrobes have an Egyptian feel . Luxor is actually a city in Egypt on the banks of the river Nile and is famous for the Karnak temple…the second largest temple complex in Egypt.

The Hotel lobby and interior as seen from our room

The pyramid has a sky beam touted to be the strongest beam of light in the world. We had a room somewhere in the middle of the pyramid and we had a view of Las Vegas airport from our room. The adjacent resorts are Mandalay Bay and Excalibur and all three are connected by a tram system.

After some rest, we freshened up and explored the hotel and casino. Amazing to see the sheer volumes of people at the machines and the number of restaurants and shops at different levels of the hotel.  It is a world of its own. There are various shows and exhibitions at the hotel for which you need to reserve tickets.

Later in the evening we stepped out and had our first experience of walking along the Strip. The Strip is basically a road with hotels and casinos on either side with pedestrian bridges across the roads with escalators .There are various restaurants and shops…all lit up with neon lights. Las Vegas strip by night is really very colourful.

Another unique thing was the various Cannabis shops and cabs displaying neon lights with phone numbers for cannabis supply.

There were people dressed up like for a fancy dress and one could take pictures with them for a price. Semi clad girls with various colourful gear was also something unique.

The Las Vegas Strip by day

A typical pedestrian bridge across the Strip

The Vegas Strip at night

The bright neon lights and the crowds on the Strip

As we walked along the strip, the mood was very festive….lots of loud music from the various bars and restaurants, the flashing lights, people walking around with diaquiris in their hands….all laughing away and generally having a great time…

See you next week at the slot machines…